The house of Mrs. and Mr. Nguyen N-go has been entirely powered by electricity for the past 30 years, both for heating and for hot water production.

The installation of solar panels was the simplest solution for them because it involved the least amount of work. Equipped with the T-Box, this installation accurately measures all the thermal information of the system and allows a complete follow-up of the production.

DualSun, a simple solution to install

Mrs. Nguyen-Ngo is a dentist and her husband is an engineer in a design office, he works in the cement industry. They bought their new home in 1987. At the time, as in many houses of this type, everything was electric: heating and domestic hot water production. When it was necessary to replace the defective radiators, 3 solutions were presented to them: install a Swedish stove instead of the chimney, change the heating system by installing an underfloor heating system fed by a heat pump (PAC), or remain at the all-electricity by producing part of this electricity on the roof.

Finally, the installation of solar panels was the simplest because it involved less work.

By renewing their equipment, they wanted to pay less electricity, control their consumption and have a comfortable temperature in their house. Today they are equipped with DualSun solar panels and new electric inertia heaters.

They wanted to pay less electricity, control their consumption and have a good temperature in their house. Today they have DualSun solar panels and new electric inertia heaters: the bet is won! 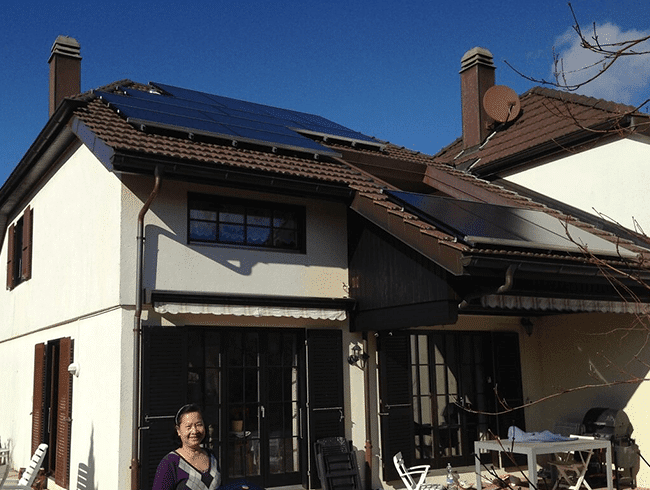 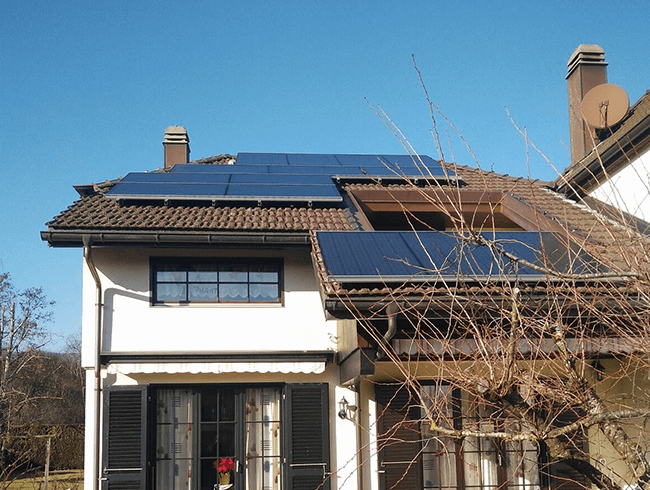 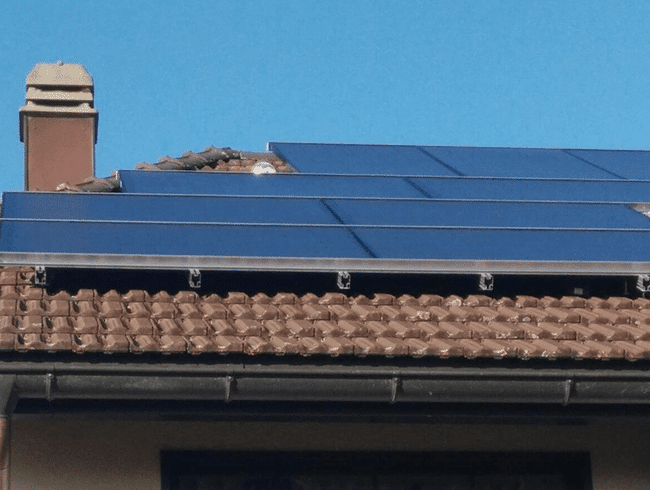 Monitoring of thermal production: the T-Box

We want to make the Nguyen-Ngo installation a reference point in terms of photovoltaic and thermal production for Switzerland.

On the photovoltaic side, the installation is equipped with Enphase microinverters that record the data. On the thermal side, numerous temperature sensors have been installed, at the top and bottom of the tank, as well as a flow meter and other sensors.

The installation is also equipped with the T-Box, a box that records the temperature of the DualSun panels. The T-Box allows them to easily keep an eye on their thermal production, and the data can be consulted on their MyDualSun interface. If there is any thermal failure, we are immediately aware of it and can intervene via the installer. Offered as an option, the T-Box is already attracting many customers.

It is thanks to word of mouth that Mr. and Mrs. Nguyen-Ngo chose DualSun panels. Mr. Horth, the installer who carried out the project, had been recommended to them by a colleague of Mrs. Nguyen. This installer from Solacem is passionate about innovation and convinced by our technology. He was able to introduce them to this cutting-edge technology and show them its benefits.

The DualSun panels allow the Nguyen-Ngo family to optimize their small roof by producing part of the domestic hot water and covering part of the electrical expenses related to heating, DHW backup and current consumption.

By looking after our network of approved installers, we seek to encourage the work of quality craftsmen and maintain the confidence of our customers.

For Mr. Nguyen-Ngo, renewable energy is a necessity. In his professional environment (the cement industry), environmental protection is something important and has been considered for a long time. It is true that solar panels offer the advantage of not emitting air pollutants. From his point of view, it is necessary to start by putting renewable energies on the housing before going to the next step. That said, he has heard of a solar-powered cement factory in Spain.

Let’s hope that, like the Nguyen-Ngo’s, renewable energy is a necessity for everyone. Translated with www.DeepL.com/Translator (free version)

“There is only one good advertisement and that is word of mouth!” Mr. and Mrs. Nguyen-Ngo