12 photovoltaic panels on a 19th century house with guest rooms

12 photovoltaic panels on a 19th century house with guest rooms

When they bought the house 10 years ago, Olivier and Stefanie decided to completely renovate it. The residence of 400m2 now partly meets new energy regulations (RE 2020 in France) after all the renovations which include among many projects, the installation of 12 DualSun FLASH solar panels for self-consumption. The Energy Performance Diagnostic (DPE) of the house is now rated A which is best score for energy efficiency.

Here is a look back at this project, which was completed in March 2022. 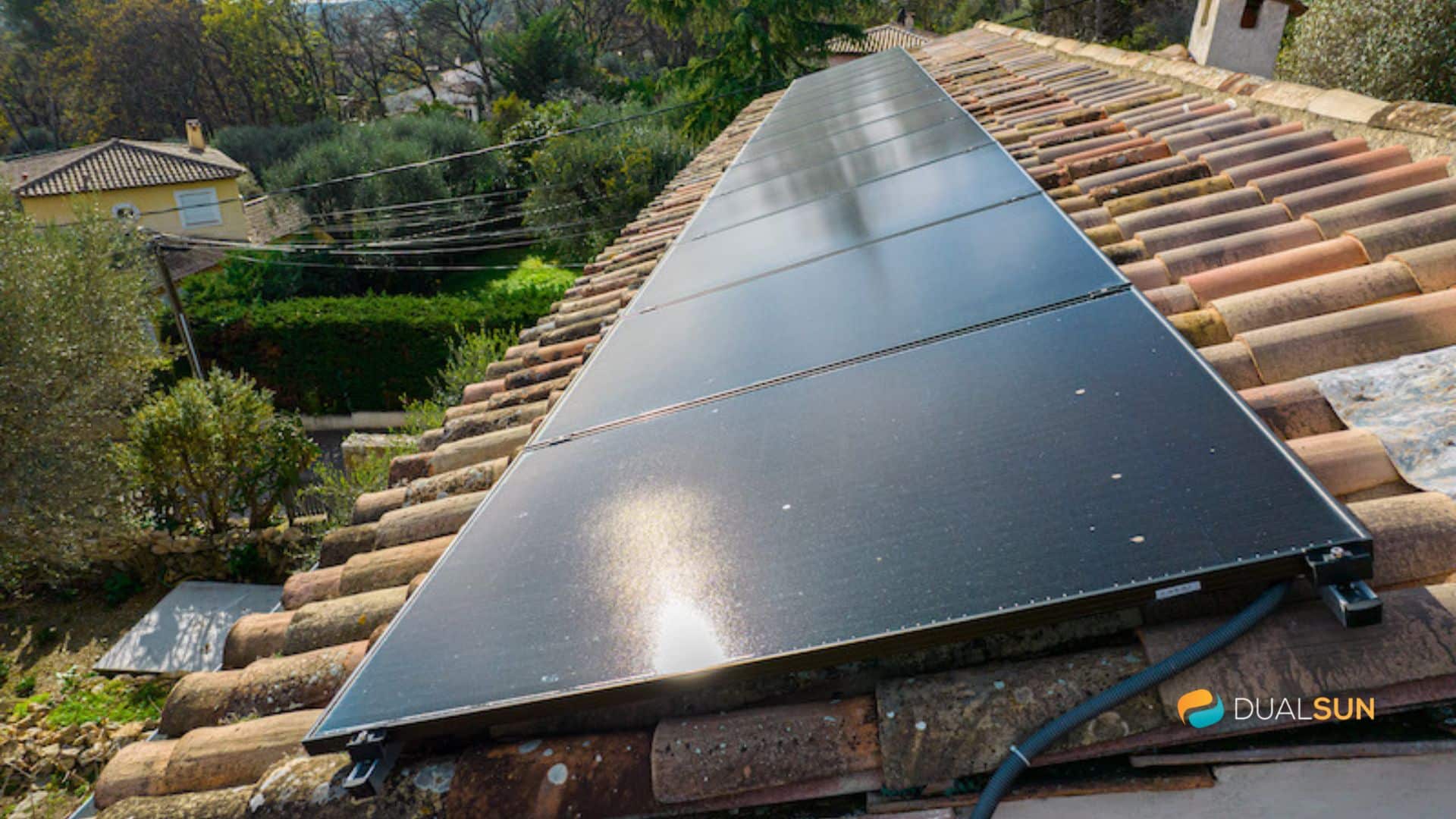 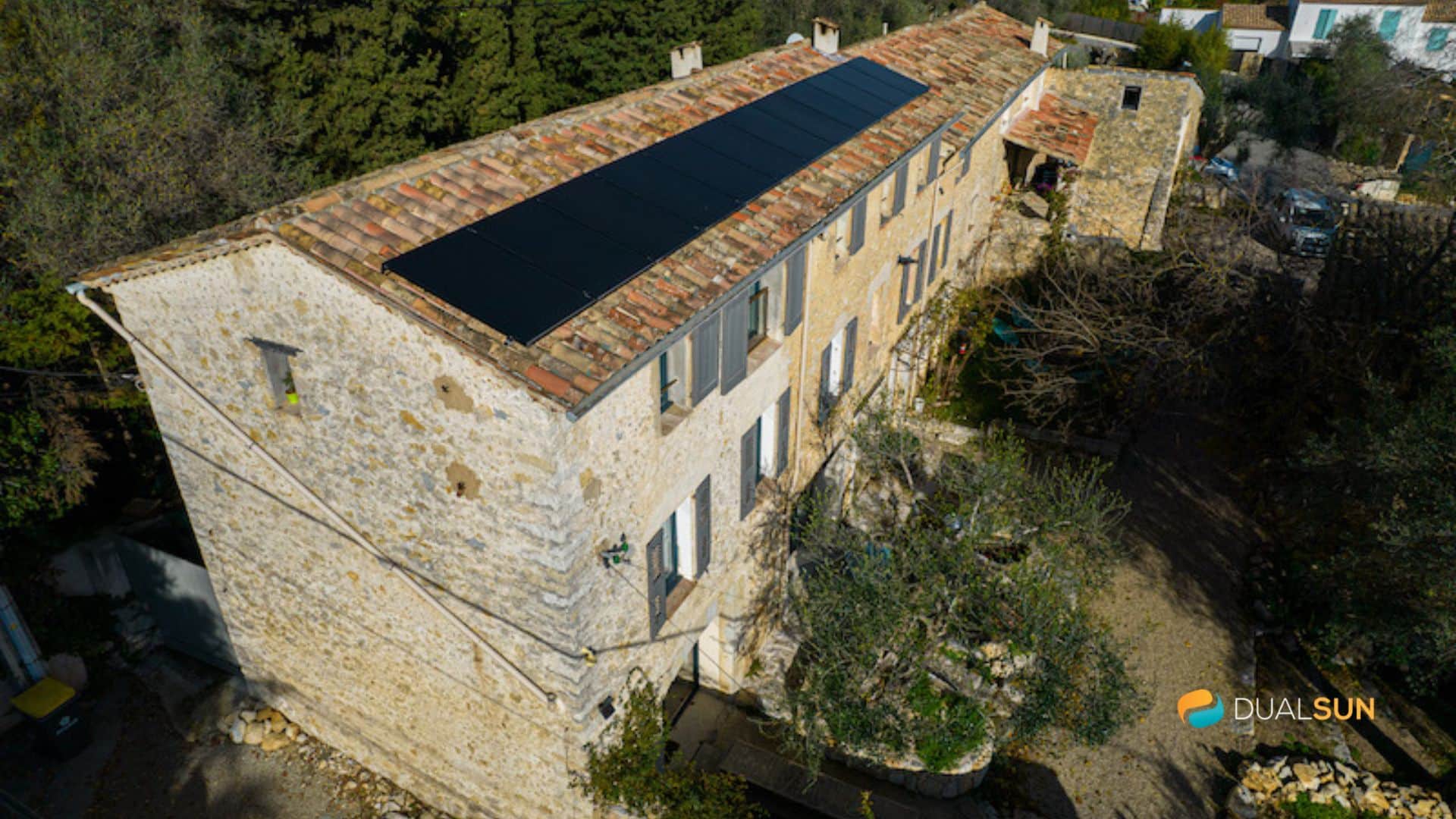 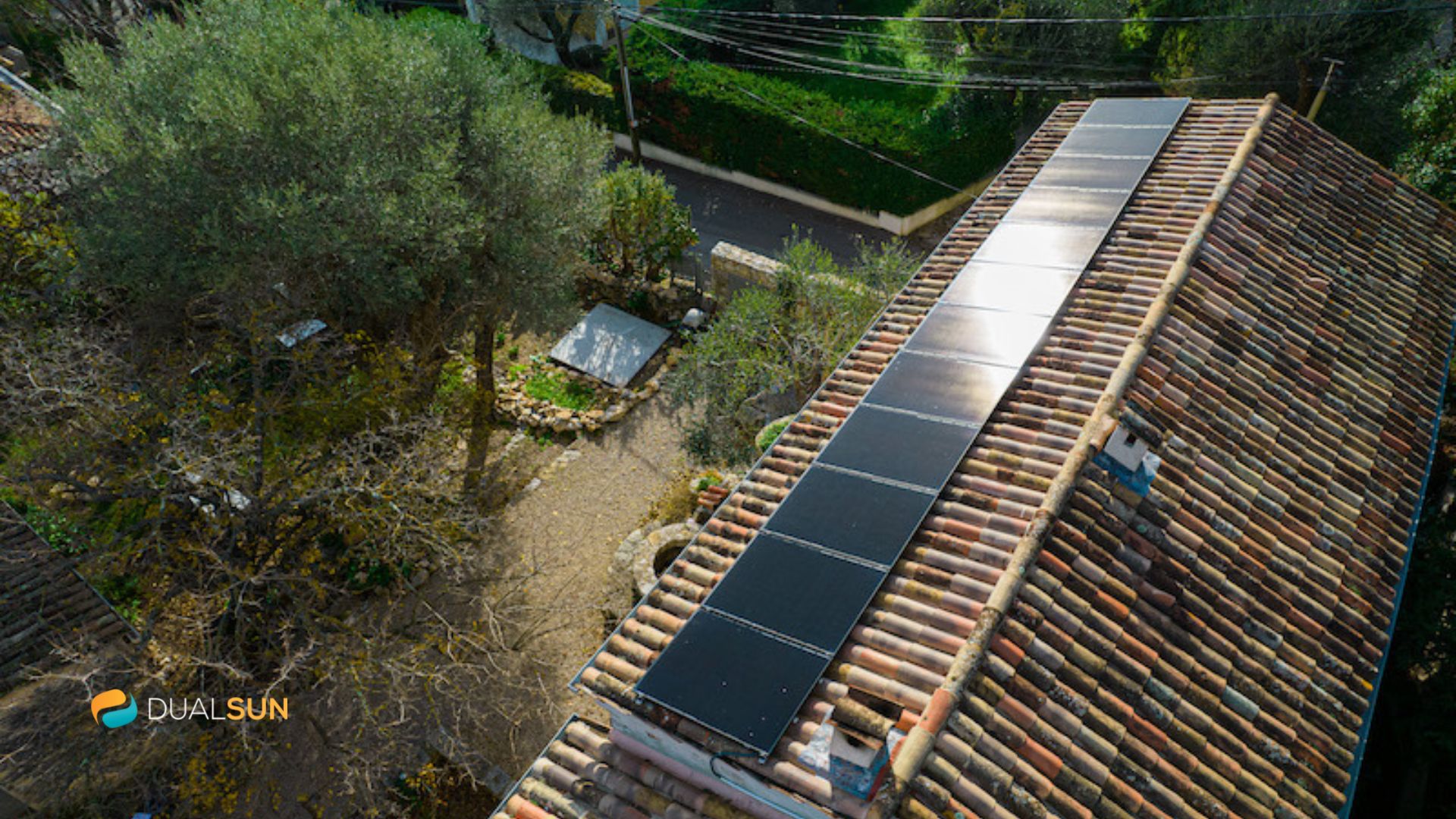 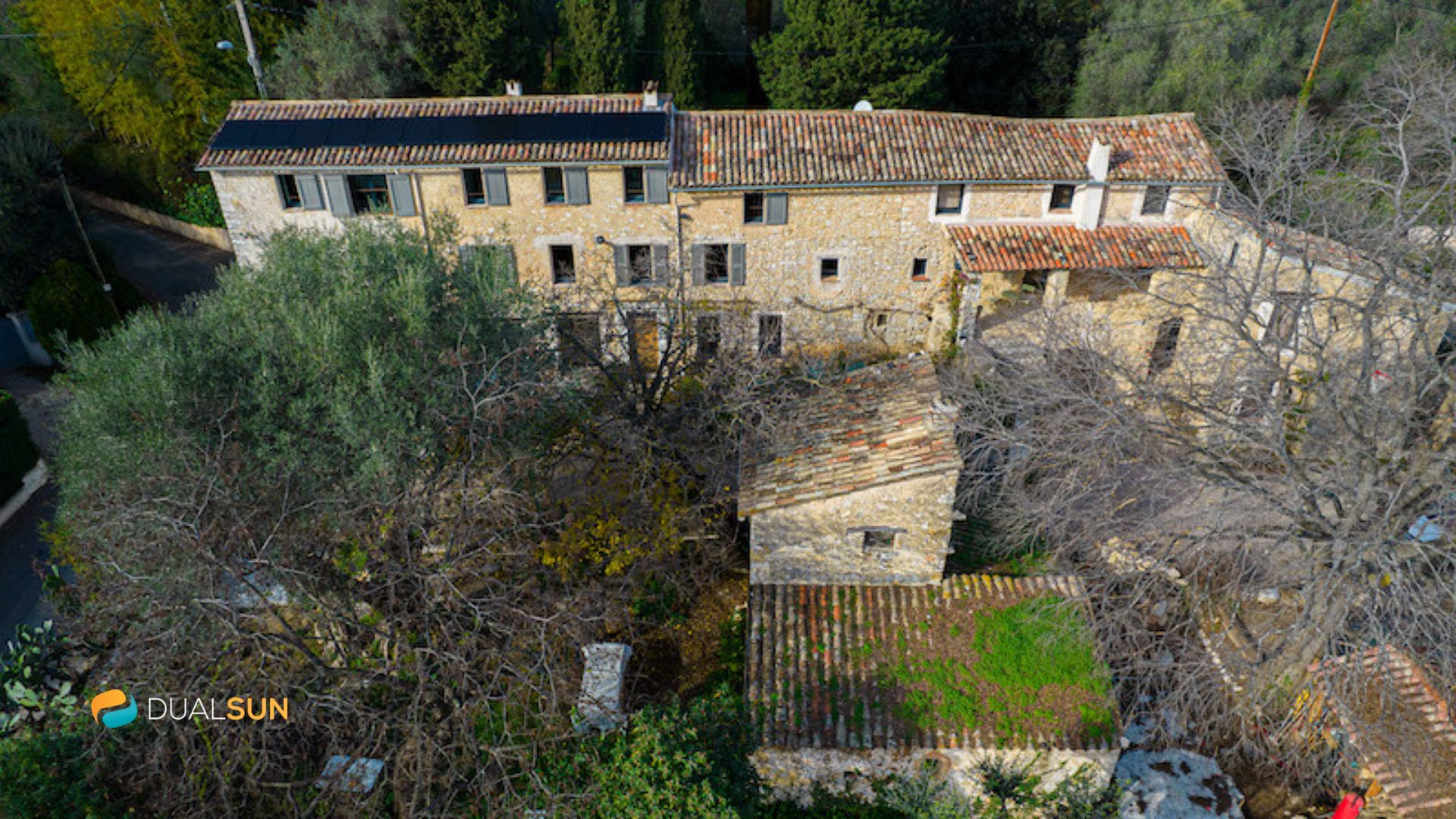 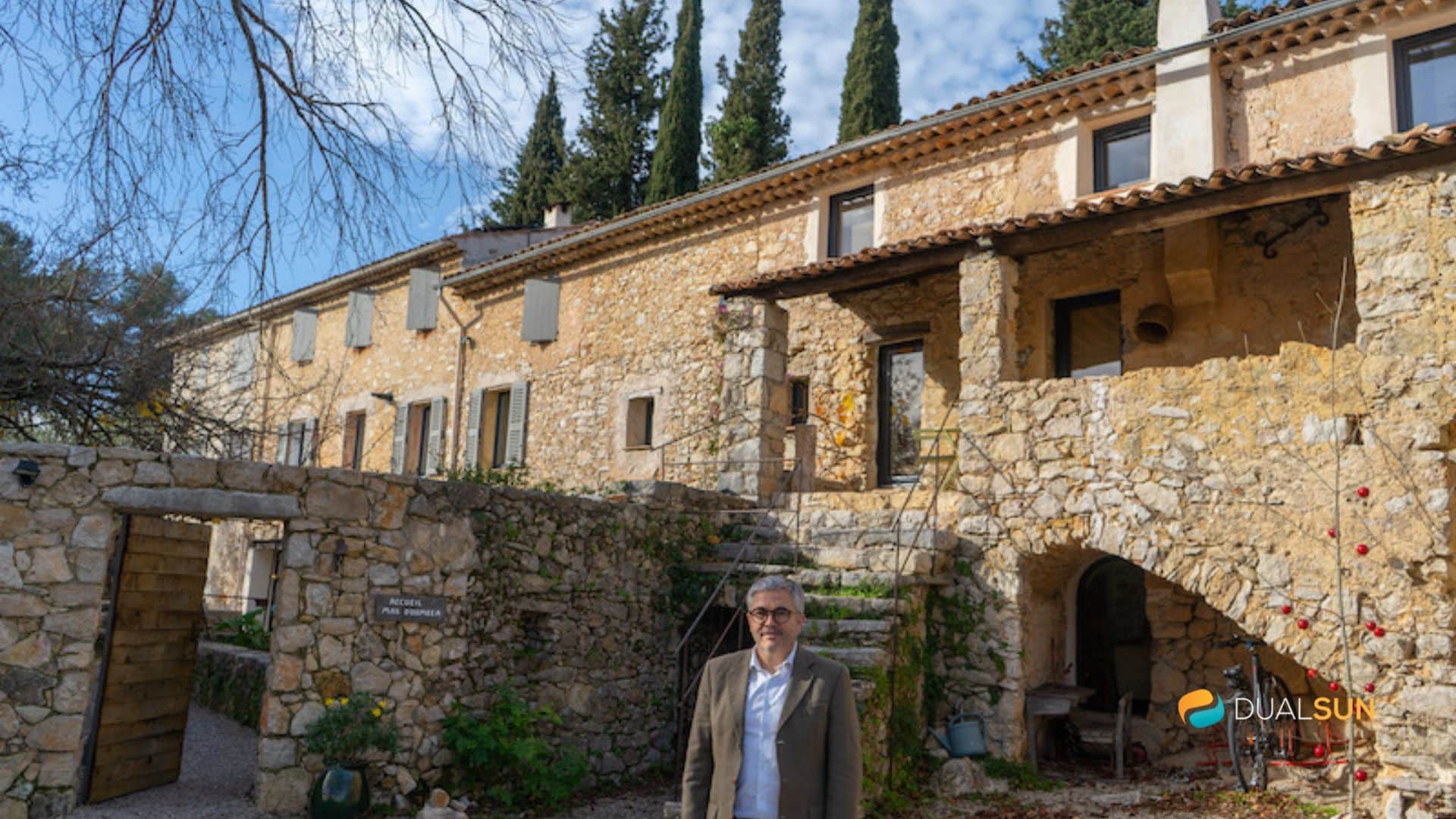 Olivier is married and has 4 children. He works in industry and Stefanie is a heritage management consultant. In addition to their jobs, they manage the 4-room guest house they have built onsite: the Mas Osmeea.

What motivated Olivier to invest in solar was to improve his carbon footprint but also to save money on his electricity bill. His house is entirely electric and investing in solar was especially pertinent to cover energy needs for the following units:

The most recent part of the building dates back to 1850 and the oldest back to 1750. With a very long roof facing south, installing solar panels made sense. As he launched the project, the quick rise in energy prices only made his determination stronger.

An internet search led Olivier towards DualSun. By simulating his project on MyDualSun, he was put in touch with Capital Energies, one of our local partners who oversaw the installation of the DualSun FLASH panels.

In terms of aesthetics, the solar panels are not visible from the ground which was important for Oliver. Nonetheless, the installation is quite beautiful when seen from above!

On the production side, Olivier is very happy. “Even in winter it produces well” he says. Thanks to his production monitoring application, he can even check production in real time. For example, since the panels were installed in March 2022, he has saved 1000€ in electricity bills, which represents about 20% of his electricity needs!

“So far I am happy with my solar installation and even impressed. I am also relieved to have been able to equip myself at the right time compared to the current situation of rising energy prices. The panels are producing beyond our expectations because for the past year they have covered between 20 and 25% of our electricity needs.”